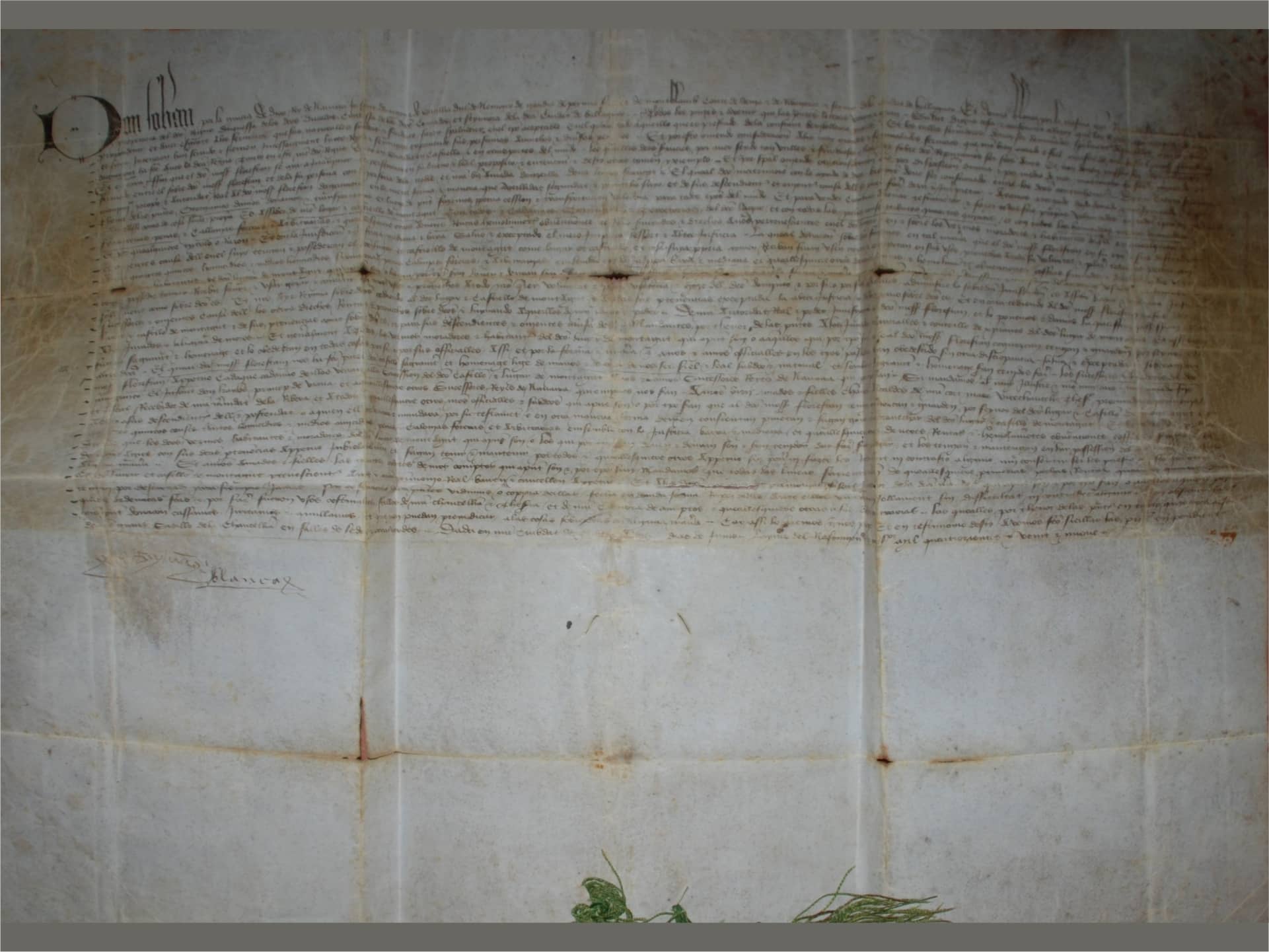 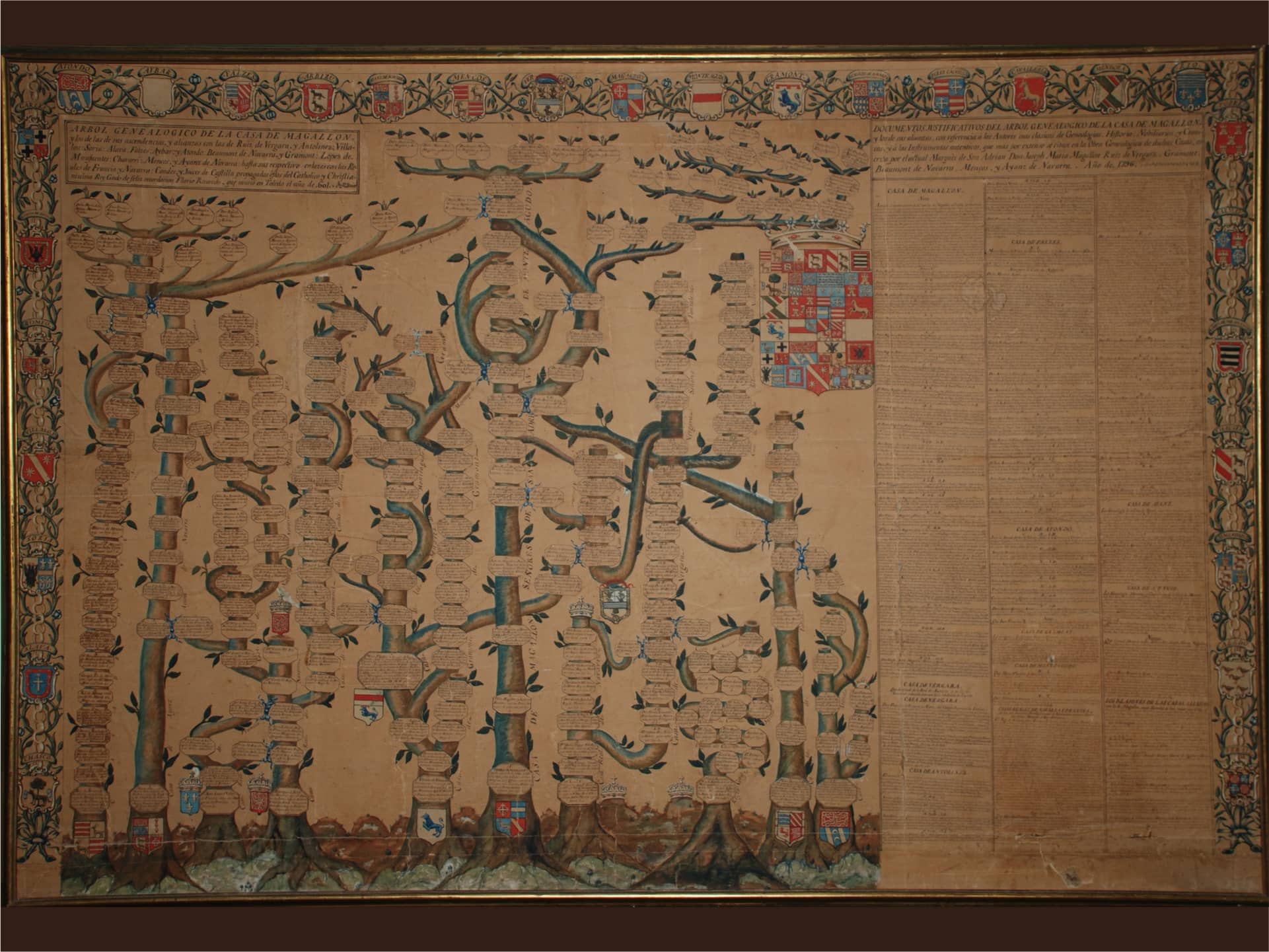 Our family has been producing olive oil in Southern Navarra since 1429, when the kings of Navarra gave the lordship of Monteagudo to Floristán de Agramont.

During six hundred years, sixteen generations of the family have succeeded him. Each one of them has known how to adapt to its age and has used the most advanced techniques and scientific knowledge of each moment to modernise the exploitation, making it more efficient and obtaining the best possible oil, all whilst building on the family traditions.

The family archive preserves numerous news about the olive groves of Monteagudo and their developments.  From the very first moment, great importance was given to the cultivation of the olive tree, and additions were made to the original lands of the manor.  For example, in 1593 an olive grove was acquired for the high sum of 23 ducats.

In 1709, after the War of the Spanish Succession, the fields were devastated and the family almost ruined, so Francisco Magallón, Marquis of San Adrián and sixteenth Lord of Monteagudo, began an ambitious programme of reconstruction and replanting of olive groves in the most favourable lands. During the 18th century, this same Francisco Magallón and his son José María became the main driving forces behind the Enlightenment in Navarre, creating the Real Sociedad Económica Tudelana, which devoted its efforts to the agricultural and industrial modernisation of Navarre.   One of the reports that the Society presented was precisely on the improvements to be introduced in the cultivation of the olive tree and the production of oil.

The next Marquis of San Adrián, José María Magallón y Armendáriz, known for the magnificent portrait painted by Goya now kept in the Museum of Navarre, continued the policy of investing in the planting or purchase of olive groves and the modernisation of oil mills.

In 1850 our family had 45 hectares of olive groves in Monteagudo, with oil accounting for 50% of their income in that village.  Our olive oil was recognized by its quality and in 1857 it obtained the bronze medal in the Exhibition of Agricultural Products of Madrid.

In the late 19th century, the Monteagudo oil mill were expanded with the installation of a foundry screw press, which in 1886 was replaced by a hydraulic press that would be in operation until the beginning of the next century.

During those years our olive oil continued to obtain prizes in different exhibitions in Spain, and in 1893 it even obtained a diploma from the United States Congress, in the framework of the International Exhibition in Chicago, for its “fine fruity taste and aroma”.

In 1920 a new oil mill was built, which would operate at full capacity until the cold winters of the decade of 1950´s froze many of the olive trees in the area.  At that time many of the olive groves were replaced by other crops and oil production declined in Monteagudo.

By the end of the 20th century, taking advantage of the ideal conditions of the climate and land, the olive groves were given a new boost and new plantations were made in Monteagudo, using modern cultivation systems.  Today the current generation of the Marquises of San Adrián continues the family olive-growing tradition, which they combine with the most advanced technology to produce from their best estates, the “Castillo de Monteagudo” extra virgin olive oil from arbequina olives. 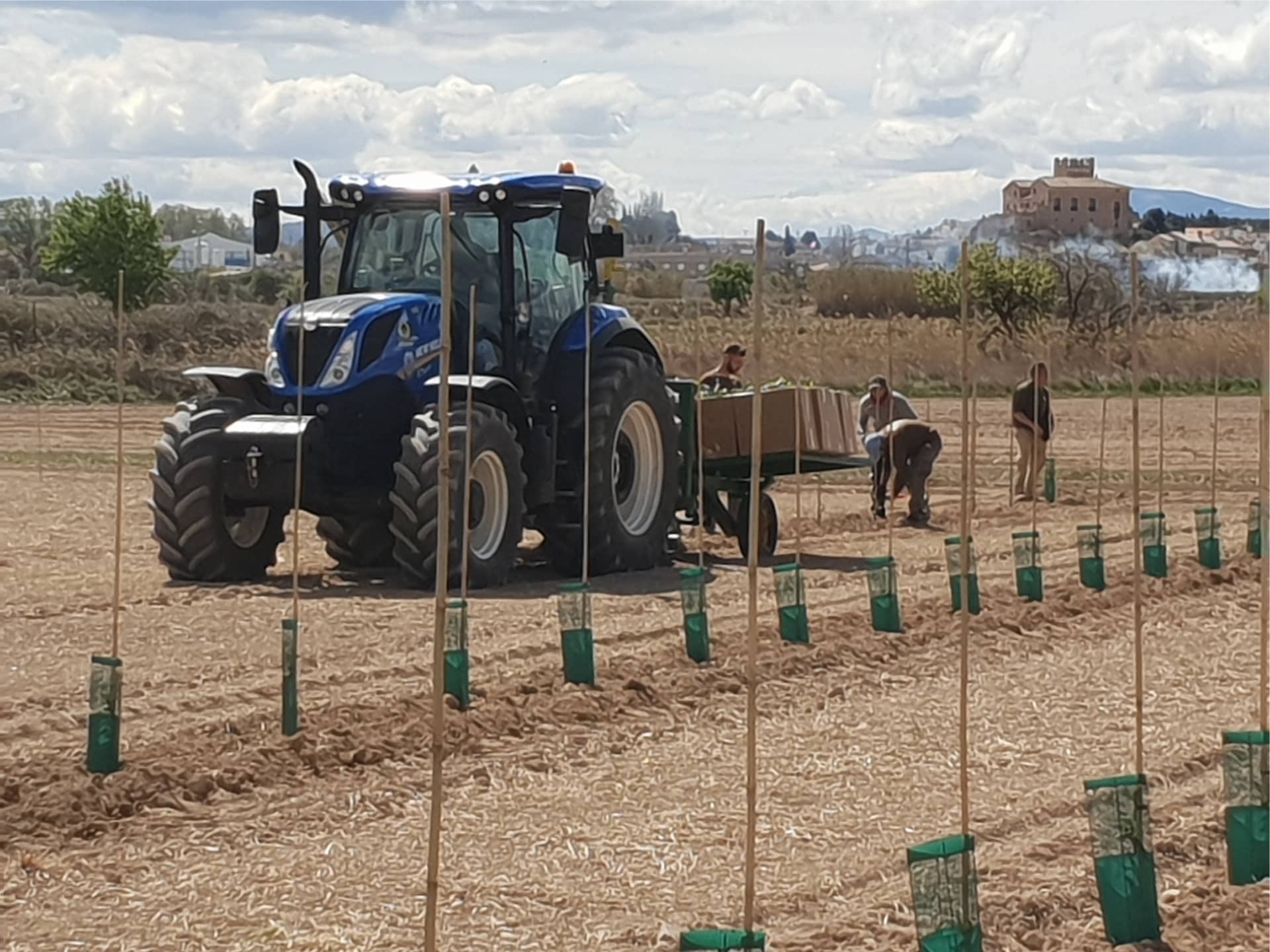 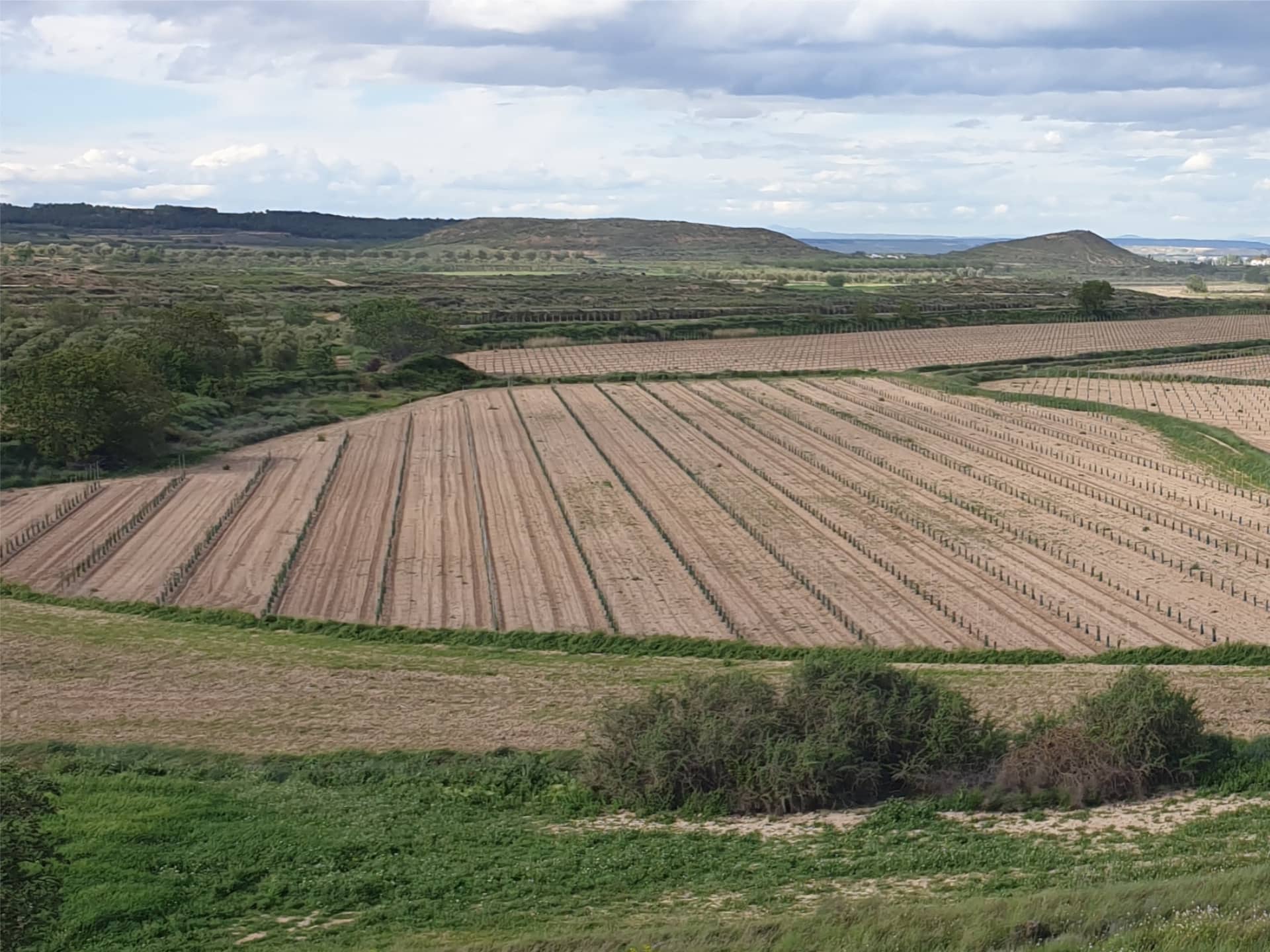 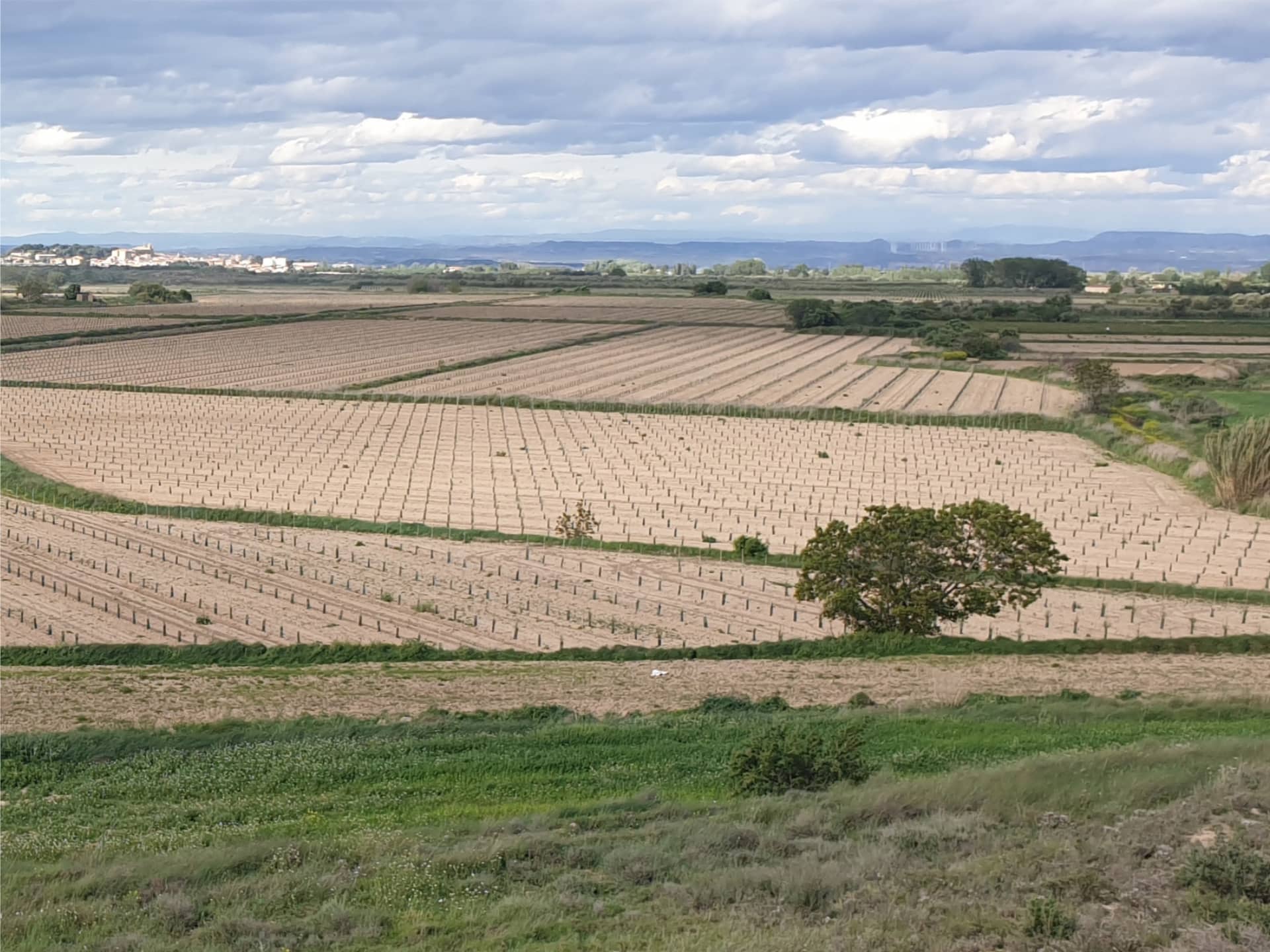